ST. JOHN’S, NL – The Fish, Food and Allied Workers Union (FFAW-Unifor) is launching a nationwide campaign today to call attention to seal overpopulation in Atlantic Canada and the devastating effects on fish stocks. The Union representing fish harvesters is calling on the federal government to immediately undertake adequate scientific work to understand the true impact seals are having off our coasts, and to ensure appropriate action is taken to repair the ecosystem imbalance.

“The federal government is failing to address the significant problem off our shore. The threat to our ocean is not strictly controlled commercial fishing – it’s an uncontrolled seal population and a government that has put its head in the sand rather than deal with it,” says FFAW-Unifor President Keith Sullivan.

Harp and grey seal populations have grown exponentially in the last number of decades, yet the federal government has conducted little science in that time to better understand population and prey consumption.

“Uncontrolled seal populations threaten rebuilding our fish stocks. They threaten the sustainability of our fishing industry, and they threaten the health of our ocean,” says fish harvester and sealer, Trevor Jones of La Scie. “It’s widely acknowledged by scientists that natural mortality is the primary determinant of mortality in northern cod. What is not being so openly talked about is that natural mortality can be linked mainly to seal predation,” says Jones.

“We know the effect this population explosion of seals is having on the marine ecosystem. It’s time for the federal government to stop covering up an environmental catastrophe while touting a conservation driven agenda,” Sullivan says.

Many former members of groups that oppose the seal harvest are now employed by the federal government, bringing their perspectives with them.

“We hope that our Newfoundland and Labrador MPs and our provincial government will make their views known publicly and pressure DFO to complete the necessary science, and most importantly act on that science,” Sullivan says. “It will take political courage to compel the federal government to stop pandering to self-serving, misguided groups that are preventing solutions. In an ongoing trend of greenwashing and dismissing the concerns of fish harvesters, we must let scientific truth, not misguided hysteria, dictate the correct course of action.” 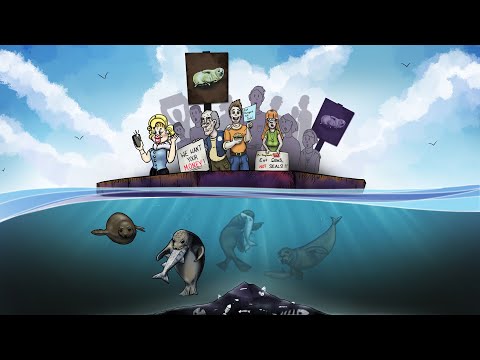 Sign up for Unifor Local’s monthly newsletter and stay up to date with information from around the union and industry.